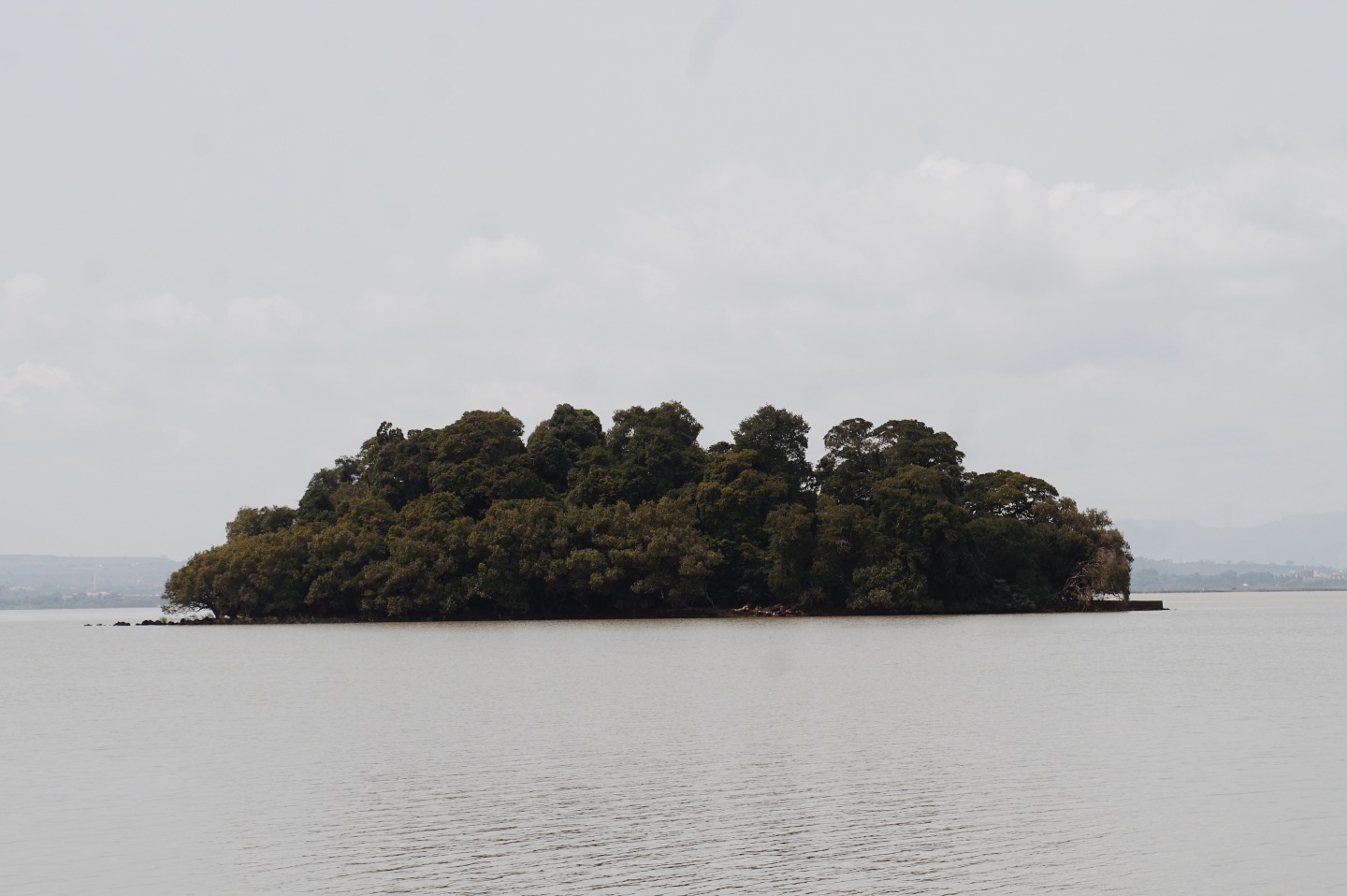 They say Tana is dying, every Ethiopian rise, rise.

The largest lake in Ethiopia, and one of the largest in Africa, Lake Tana is suffering from an invasive weed problem. Lake Tana is located in North-Western Ethiopia, straddling the regions between Gojjam and Gondar, both of which take great pride in hosting the source of the Blue Nile. (Scroll down to the end for information on fundraising event in London!)

Until now, I had read a couple of articles about the situation in Lake Tana, however I really didn’t understand the extent of it. Just last year, in the summer of 2017, I had the pleasure of visiting Lake Tana, and all seemed well. I took an amazing boat trip across the lake and toured a couple of its captivating medieval monasteries. Rather shamefully, it took one beautifully written song/music video for it to really hit me. When I saw this song (below) amongst the suggested videos on youtube, I clicked it simply for the fact that they happened to be two of my favourite Ethiopian singers. The song hadn’t even played for a minute long and it had already sent chills across my body.

I felt the emotion in every word, every melody. The music video too, really illustrated the extent to which Tana was suffering. Scenes depicting thick floating blankets of weed really took me by surprise. When I had first read about the weed problem, I did not imagine it to have such physical effects. Having looked into it further, its clear that this is a matter of urgency, as the weed, or, Water Hyacinth, has the ability to reproduce itself frequently. This is threatening to livelihoods which depend on fishing and water transport, as the weeds can block important waterways. The existing ecosystem also suffers severely, as the water hyacinth limits the circulation of air and water, thus damaging the ecology of water systems. Again, this only increases the threat to livelihoods, as, if biodiversity is diminished, so is the access to fish and other means of subsistence.

Aside from material losses, the weed is also a threat to the historical and cultural heritage sites which Tana hosts. When visiting Tana last year, I was mesmerised by the medieval monasteries hidden at the heart of green islands (scroll up to see photo). Many of the monasteries date back to the 14th century, with inhabitants of the islands preserving their life and generating income through tourism. For these people, Lake Tana plays an integral role in every day life. Many use the water for transport in order to reach the mainland, for fishing to sustain themselves, and even for water to clean and cook. Ultimately, Lake Tana has become part of the historical and cultural landscape, its waters carrying with it the tales of medieval Gojjam. The death of Tana then, is not only the death of livelihood, but also the tragic loss of culture and history.

Understandably, unless you have experience or knowledge in ecology or water development, most people (like myself) will struggle to come to terms with what is happening to Tana. This is why I found the song Tana Tamual Alu so important, as through its poetic language and vibrant visuals, it resonates with all Ethiopians, appealing to everyones emotions, making the matter of urgency very clear.

The song makes several efforts to call upon Ethiopians everywhere to help Save Tana. This is excellently addressed in the music video, as we are presented with clips of Ethiopian youth plunging into the Lake in an attempt to pull out the weed. What’s more, these people do not seem to be part of an official organisation, but are simply volunteers, willing to to help regardless of the tools available to them.

~ Here are some photos of the monasteries I visited on my trip last year (more photos on this blog post – https://wordpress.com/post/daughterofthehorn.blog/1654 )

GCLTR is a US-based non-profit organisation set up to mobilize the world-wide support for the implementation of research-proven lake management activities around Lake Tana.